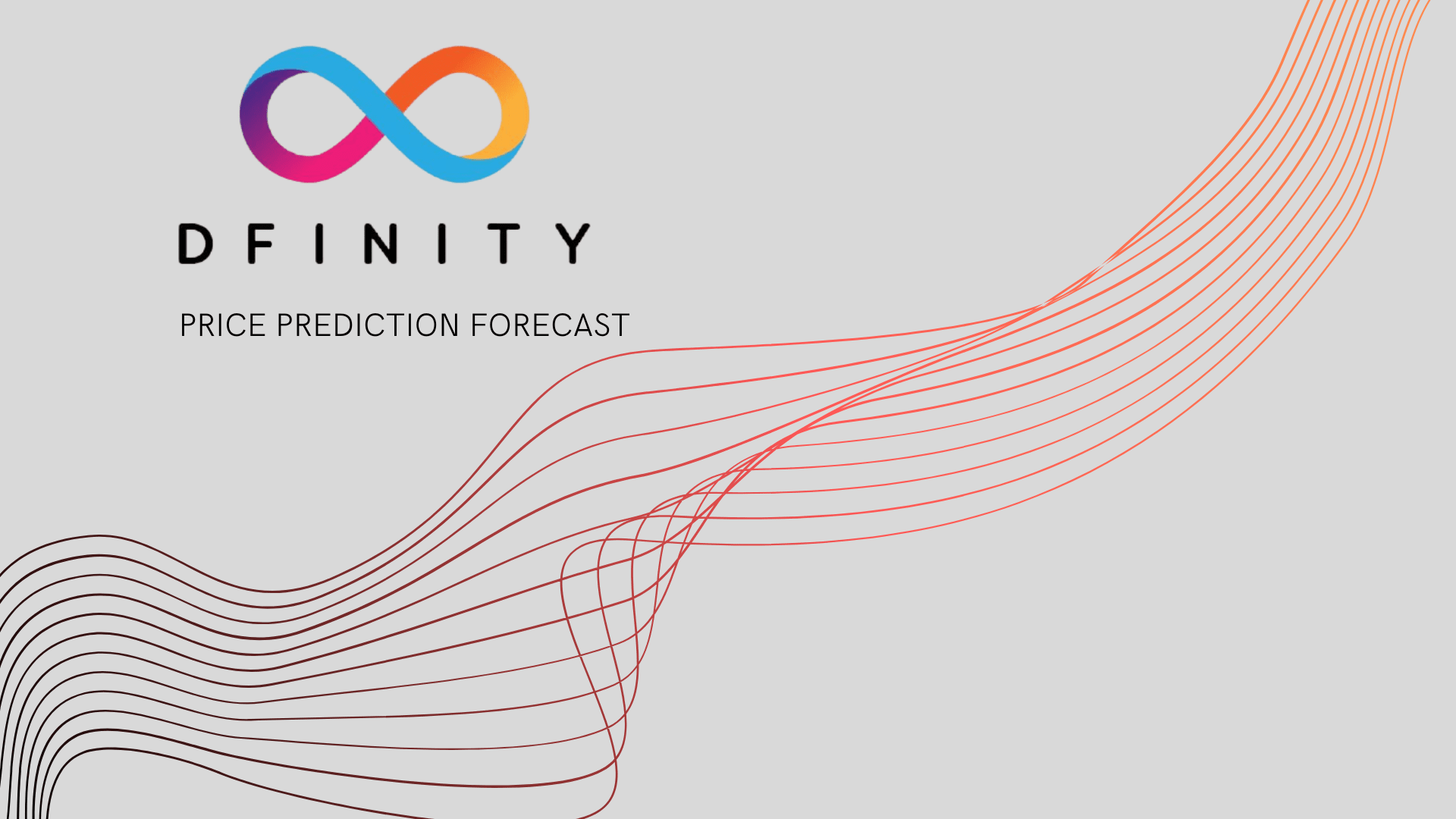 The modern internet is controlled by a monopoly of companies, meaning large parts of the data that passes through it are controlled as a result. This led to an innovative crypto project called Internet Computer hitting the scene that aimed to address this through the creation of a decentralized version of the world wide web.

This project naturally garnered a lot of attention, but nobody expected what would happen upon the first day of its release. The price surged from $0.00000001 to an incredible $600 before correcting. Of course, this led to enormous demand for an accurate Internet Computer price prediction.

Naturally, this has thrown this innovative digital asset into the spotlight. But the price surge left many wondering if they had missed the boat on Internet Computer and whether investing now was a good idea. I was one of those people until I began to use a range of factors to research the future price such as the following:

By analyzing all of these factors, I was able to find out that there’s never a bad time to invest in Internet Computer, and I’m not alone. For example, statistics from the leading trading platform of eToro tell us that sales have skyrocketed in the past few months.

But what does the future hold for investors who get on board early enough? Will it rise once again? Our Internet Computer price prediction aims to answer all. But first, let’s start with just what it is and how it works.

What is Internet Computer Coin?

From IBM to Microsoft, the monopoly over the backbone of the modern internet is held by a select few major companies. As a result, huge swathes of data across the internet is controlled by a small number of entities. Many people see this as a serious problem that needs addressing, and Internet Computers was born to deal with this problem by decentralizing web services.

Internet Computer, also known as ICP, was developed by Dfinit and is an open-source project for creating websites, apps, and other web-based services. The aim of the project was to create a decentralized version of the world wide web with the ability for users to create software without relying on dominant hosting providers like Google.

Wondering how this works? Well, say you have your own website, for example. Rather than hosting it on a Google server, Internet Computer gives you the ability to develop your site and host it on a network of global computers.

Using its own protocol known as Internet Computer Protocol, the project has the ability to host a huge number of applications flawlessly. Similar to many other cryptocurrency projects, ICP makes use of smart contracts to automatically execute commands and seamlessly interact with end-users. All of this combined makes Internet Computer a project with massive scaling potential.

Pros and cons of Internet Computer

Like any cryptocurrency, Internet Computer has its fair share of incredible pros and limiting cons. We always aim for transparency in our articles. So in this section, we’re going to cover some of the most important pros and cons of Internet Computer.

What’s the difference between ICP and conventional internet?

Whilst the backbone of the conventional internet is controlled by a series of major companies, ICP aims to create a decentralized web where users can create and host websites or decentralized applications across a series of global computers.

ICP is used by people who want to create websites and decentralized apps without relying on major providers like Google and Amazon.

How does  Internet Computer gain value?

Like most cryptocurrencies, the value of Internet Computer is largely driven by speculation in its current state. As more people discover the wide range of its uses, its value grows. Due to its numerous advantages over the conventional internet, support for Internet Computer is only expected to grow as cryptocurrencies become a more widely accepted alternative to fiat currencies. When it does, the value will likely grow in sync.

Due to its attractive privacy features, Internet Computer has secured many loyal users in its short history. If it continues to do so, it would not be impossible for it to reach $100 one day, but this would be a long-term thing.

Where do people buy, sell, and trade Internet Computer?

You can buy, sell, and trade Internet Computer from any reputable crypto trading platform. If you are a new investor, then we suggest using eToro. It’s safe, regulated, and beginner-friendly. The eToro interface is very simple to use, and it has an array of trading tools to allow you to trade safely.

As one of the newest cryptocurrencies on the market, the price history of ICP is relatively short. As a result, it won’t be as long as the more established cryptocurrencies, but it’s still a very interesting price journey nonetheless.

However, the surge was unsustainable and the price dropped by half but recovered slightly and rose again, this time to over $500. The price soon plummeted again and dropped to $300. After some more crazy price swings, the price soon stagnated.

June was no improvement, and the price continued dropping. Early June saw the price dip below $100 and sink to $80. The worst price drop was yet to come and ICP soon entered its bearish phase. These days, Internet Computer is trading around $36. Many predict the price surge again, but what do the experts have to say?

One of the best tools we can use to try and determine the potential future price of Internet Computer is to analyze the opinions of various crypto experts. Let’s delve into four estimated growth outlooks for various industry experts and analysts.

WalletInvestor uses an algorithm-based forecast in an attempt to predict the future price of cryptocurrencies. When it comes to Internet Computer, they are very bearish. Over the long term, WalletInvestor predicts that the price could drop to somewhere between $6 and $10 per token by the end of 2025.

Rather a bearish expert analysis on Internet Computer is LongForecast. They predict the price in 2021 to potentially drop to $21.96 by the end of the year. But in the following three years, they expect the price to rise to $32.67 by the end of 2023 and eventually settle at $50.54 per coin by the year 2025.

So from over $43 in the short term to up to $100 in the long term, the overall expert analysis on the future price of Internet Computer is bullish with some potentially lucrative returns in store for investors, despite some rocky beginnings predicted. But what does the technical analysis tell us about the price potential of this innovative digital asset?

Now we move onto technical analysis to try and predict the future price of Internet Computer. This section will utilize powerful tools like the Japanese candlestick, chart patterns, and trading indicators. As well as giving traders the upper hand in day trading, they can enable us to discover long-term price predictions based on pure technicals when we assess longer time frames.

After starting 2023 at $68.67, Internet Computer is expected to drop slightly to a figure of $65.30 midway through the year before going on the rise again and ending the year at $77.05 at an overall annual increase of 169% from the current price.

After wild beginnings, the skyrocketing price of ICP wasn’t sustainable and soon corrected itself. However, such price surges combined with an innovative solution to the conventional internet mean we could indeed see another price surge of ICP in the near future.

Amongst a mixture of bearish and bullish predictions, the price of ICP looks to be set for a positive future ahead. ICP has many incredible goals. It hopes to become the leading decentralized web provider that will allow anyone to develop and deploy their own websites, decentralized applications market on a series of global networks. When these aims are realized and become succesful, the price could surge again.

“We’re still in the first minutes of the first day of the Internet revolution.”

Whilst many people can see the significant potential in Internet Computer, there is a significant number of people who are wondering where to invest in this innovative investment for the long term. The answer lies in a reputable and well-established trading exchange with access to vital trading tools like eToro.

Where to buy Internet Computer Coin

Internet Computer is available to buy and trade on eToro alongside 18 other cryptocurrencies. This is a well-established, highly regulated, and secure platform that has the potential to revolutionize your crypto trading.

What’s more, is that eToro allows you to access their incredible array of trading tools such as the Stop Loss, Take Profit, and built-in charting software that all let you maximize your potential profits whilst ensuring safe trading practices that protect your hard-earned funds. Also, eToro offers Leverage Trading on Internet Computer. This allows you to multiply small amounts to become large powerful positions that drive massive profits.

Overall, the financial situation, risk tolerance, and investment strategy of each person vary. Internet Computer is inherently volatile and the price can rise or drop at a moment’s notice, this brings advantages as it does risks. Both of which are important to understand and weigh against your own investment goals and needs. Only invest money you can afford to lose and balance out the risky nature of crypto investment by building a diversified portfolio.

Disclaimer – This content is for informational purposes only and is not investment advice. The trading of Internet Computer and other alternative cryptocurrencies has potential rewards, and it also has potential risks involved. Trading may not be suitable for all people. Anyone wishing to invest should seek his or her own independent financial or professional advice.

How to sell Ethereum?

The Ultimate Guide to Leverage Trading in 4 Steps

How to Sell Bitcoins?