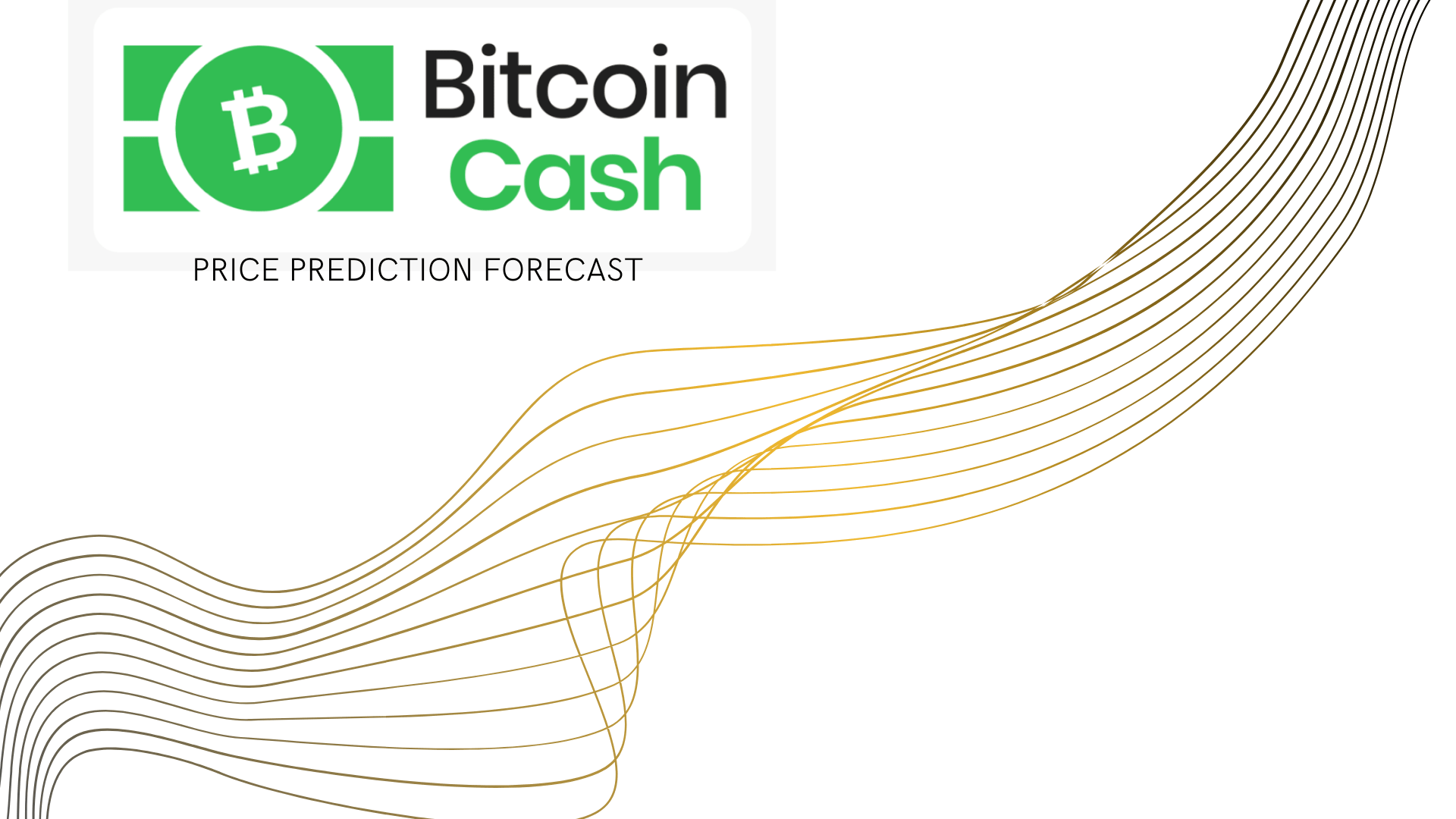 As Bitcoin is the original and most powerful cryptocurrency in existence, anything with Bitcoin in the name naturally garners a lot of attention. BTC Cash is no exception, and it’s for good reason.

Not long after its introduction, the price of Bitcoin Cash surged by 535%, making many people significantly wealthy over a short period. But this price surge left many wondering if they had missed the boat on Bitcoin Cash and whether investing now was a good idea. I was one of those people until I began to use a range of factors to research the future price of this innovative Bitcoin fork such as the following:

By analyzing all of these factors, I was able to find out that there’s never a bad time to invest in Bitcoin Cash, and I’m not alone. For example, statistics from the leading trading platform of eToro tell us that sales have skyrocketed in the past few months.

But what does the future hold for Bitcoin Cash investors who get on board early enough? Will it rise once again? Our Bitcoin Cash price prediction aims to answer all. But first, let’s start with just what Bitcoin Cash is, how it works, and how it’s different from the original Bitcoin.

What is Bitcoin Cash?

By 2017, the journey of the original Bitcoin cryptocurrency came to a crossroads. There was a portion of the BTC community who felt that it was deviating from the path outlined by Satoshi Nakamoto to be a method of digital payments. As a result, Bitcoin Cash was born out of a fork from the original Bitcoin blockchain.

Although Bitcoin Cash is the most notable Bitcoin fork, it is by no means the first. This innovative fork simply increased the size of the blocks in the blockchain to allow more transactions to be completed at a faster speed.

“We are expecting Ethereum to overtake BTC first before the end of the year, and then Bitcoin Cash will overtake Bitcoin but perhaps stay below Ethereum.”

But what’s the difference? Bitcoin Cash was designed to provide users with the ability to make digital transactions both faster and cheaper. This bold claim as a functional digital currency proved to be popular, and Bitcoin Cash soon garnered a decent amount of support.

This support led to BTC Cash experiencing fantastic returns on investment just a few months into its creation. But, like all cryptocurrencies, it was characteristically volatile and the price soon dropped. However, support has not gone away and any predict the price of Bitcoin Cash to rise again.

Do you still have questions about Bitcoin Cash? Rest assured, before we get into the price prediction, next we’ll cover some frequently asked questions about BTC Cash to give you a better understanding of the original digital asset and its price potential.

What is Bitcoin Cash used for?

How does Bitcoin Cash gain value?

Like Bitcoin itself, BTC Cash is limited to a supply of 21 million, making it a scarce asset. Its role of providing a potential alternative to Bitcoin’s scalability and speed issues, combined with previous price performance tells us that Bitcoin Cash could potentially reach $5,000 over the long term.

Where do people buy, sell, and trade Bitcoin Cash?

You can buy, sell, and trade Bitcoin Cash from any reputable crypto trading platform. If you are a new investor, then we suggest using eToro. It’s safe, regulated, and beginner-friendly. The eToro interface is very simple to use, and it has an array of trading tools to allow you to trade safely.

Although it was recently knocked out of the list, Bitcoin Cash enjoyed its place amongst the top ten cryptocurrencies by market cap for much of its existence. Naturally, it has never reached the same levels as Bitcoin. The highest Bitcoin Cash has ever reached was $3,643 in comparison to the ATH of $65,000 held by Bitcoin.

One of the best tools we can use to try and determine the potential future price of BHC is to analyze the opinions of various crypto experts. Let’s delve into four estimated growth outlooks for various industry experts and analysts.

Thanks to a range of positive Bitcoin news this year, Coinpedia is bullish on BHC. As the price of BTC naturally affects BHC, Coinpedia believes that if Bitcoin itself goes back on the rise, then this digital asset has the potential to hit $1418.17 by the end of 2021 and skyrocket to $3666.73 by 2025.

Rather a bearish expert analysis on Bitcoin Cash is LongForecast. Although they predict an initial high of $800 for BHC in 2021. In the following three years, they expect the price of Bitcoin Cash to drop to a low of $385 by the year 2025.

So from $800 over the short term to up to $3,666 over the long term, the overall expert analysis on the future price of Bitcoin is overwhelmingly bullish. But what does the technical analysis tell us about the Bitcoin Cash price prediction?

Now we move onto technical analysis to try and predict the future price of Bitcoin Cash. This section will utilize powerful tools like the Japanese candlestick, chart patterns, and trading indicators. As well as giving traders the upper hand in day trading, they can enable us to discover long-term price predictions based on pure technicals when we assess longer time frames.

In conclusion, Bitcoin Cash is a viable alternative to Bitcoin that aims to fix the scalability and slow speeds of Bitcoin and serve a significant role as a digital currency that can be used in day-to-day transactions around the world.

Previous price history and expert analysis have shown that, whilst the price of BHC has stagnated recently, there is a significant chance that it will rise again in the coming years. As the price of BHC is heavily linked to the success of Bitcoin, the continued success of BTC can play a decisive role in the journey of BHC.

So, in summary, Bitcoin Cash is worth considering for a diversified portfolio. Early investors who can hold on to the asset in the long term may see fruitful rewards further down the line. But where is the best place to buy Bitcoin Cash? The answer lies in a reputable and well-established trading exchange with access to vital trading tools.

Where is the best place to buy Bitcoin Cash?

Bitcoin Cash is available to buy and trade on eToro alongside 18 other cryptocurrencies. This is a well-established, highly regulated, and secure platform that has the potential to revolutionize your crypto trading.

What’s more, is that eToro allows you to access their incredible array of trading tools such as the Stop Loss, Take Profit, and built-in charting software that all let you maximize your potential profits whilst ensuring safe trading practices that protect your hard-earned funds. Also, eToro offers Leverage Trading on Bitcoin Cash. This allows you to multiply small amounts to become large powerful positions that drive massive profits.

Overall, the financial situation, risk tolerance, and investment strategy of each person vary. Bitcoin Cash is inherently volatile and the price can rise or drop at a moment’s notice, this brings advantages as it does risks. Both of which are important to understand and weigh against your own investment goals and needs. Only invest money you can afford to lose and balance out the risky nature of crypto investment by building a diversified portfolio.

Disclaimer – This content is for informational purposes only and is not investment advice. The trading of Bitcoin Cash and other alternative cryptocurrencies has potential rewards, and it also has potential risks involved. Trading may not be suitable for all people. Anyone wishing to invest should seek his or her own independent financial or professional advice.

Detecting The Signs Of A Good And Bad ICO

The Ultimate Guide to Leverage Trading in 4 Steps

How to Sell Bitcoins?