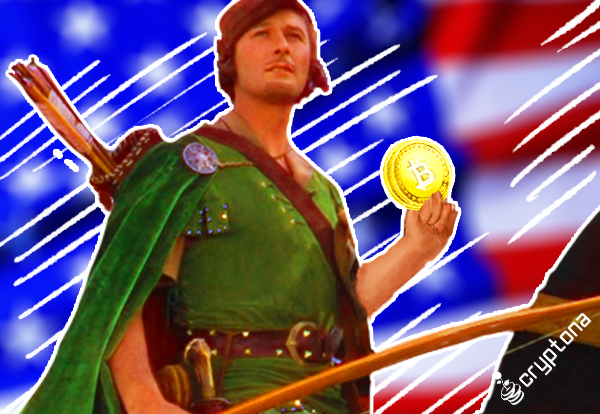 In a bid to expand and offer commission-free crypto trading services to more people, Robinhood has launched into two more states. The two states are New Mexico and Wisconsin.
Robinhood Financial LLC is a US stock brokerage company with headquarters in Palo Alto. The company provides users with a platform to trade in financial assets. Their platform is both mobile and online-based. Apart from offering stocks, the company has also incorporated trading cryptocurrency in its mobile app. The launch in the new states increases the number of Americans who can trade in virtual currencies on its app. It means the platform now has around 8 million American customers scattered across eight states. From five states in February, it now covers eight states in the US. Apart from Wisconsin and New Mexico, the app’s services are available in New Hampshire, Montana, Missouri, Massachusetts, Colorado, and California.

Another service offered by Robinhood

Apart from offering trading services, Robinhood Financial LLC also offers market data on sixteen virtual-currencies. They include dogecoin, lisk, neo, omisego, bitcoin gold, qtum, zcash, stellar, dash, monero, ripple, zcash, litecoin, ripple, ethereum classic, bitcoin cash, ethereum, and bitcoin. The company is also working with authorities to launch in other states. In addition to the trading platform, the company has plans to launch a feed- “Robinhood Feed.” Through the feed, Robinhood customers will have an open platform to discuss any information regarding cryptocurrency.

Also, investors will be able to discuss market swings in real-time with other investors on the platform. Through Robinhood Feed, the company aims to bring its customers together and give them a platform to talk freely.
In the future, the company plans to expand its service to cover more states and add more virtual currencies. Robinhood’s commission-free trading on Bitcoin and Ethereum has helped the company grow quickly. It had over a million signups before launch. Currently, the platform is available in eight states only. However, the platform is in talks with regulators to launch in other states. Although their trading platform is known mainly by young people, it is hoped that the trend should soon change as.