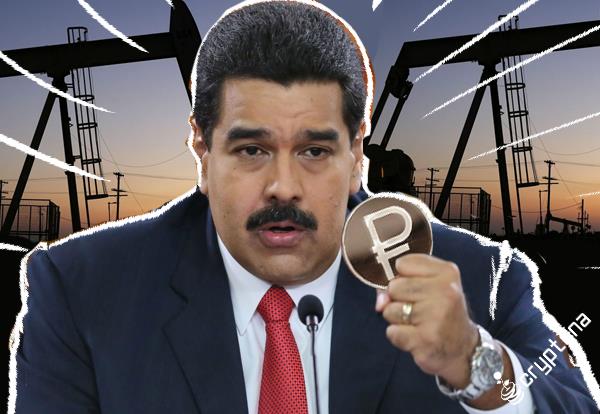 Nicolas Maduro, the Venezuelan president, who announced last December during a Christmas television special, about issuing an oil-backed cryptocurrency “Petro” has said Venezuela in the coming days will issue 100 million units of the new cryptocurrency, which will be worth the price of one barrel in Venezuela’s oil basket.

While speaking at a meeting with his ministers on a broadcast on state television, President Nicolas said that the Petro will be backed by 5 billion barrels in the Ayacucho block of the Orinoco Oil Belt. Based on the latest price of the country’s oil basket, the total issue would be worth about 5.9 billion USD.

According to the Venezuelan president:

“I have ordered the issuance of 100 million Petros with the legal support of Venezuela’s oil wealth.” He continued by saying that the cryptocurrency will help the South American country overcome the “tyranny of the dollar,” economic war, and U.S.-led financial persecution. Over the past year, the U.S. Treasury Department has blacklisted numerous top-ranking officials, including Maduro and many of his ministers.

Many years of government misappropriation have left the nation beset by quadruple-digit inflation, severe food shortages, and medical inadequacies as well as four straight years of recession, forcing the government to restructure or refinance its foreign debt. Home to the world’s largest crude reserves, Venezuelan oil output fell to a 14-year low last July.

President Maduro did not however comment on whether Venezuela bondholders would be paid with the new cryptocurrency. He stated yesterday that a commission to restructure or refinance foreign debt is “working very well.”

According to Maduro, when launched, Petro would be obtainable through auctions or direct allocation by the country’s Cryptocurrency Superintendent. He added that the digital cryptocurrency exchanges are still in the trial stage.

Venezuelan vice president and economy vice president will both meet with the central bank by January 8 to relaunch the Dicom foreign exchange system, Maduro said. He added that the relaunched system will include “new mechanisms” and will seek to capture “growing” remittances from Venezuelans abroad, he said.

We will keep you posted with updates.